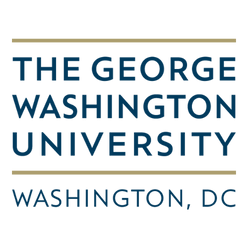 Applicants applying to George Washington University will apply through the Common Application. Applicants will be required to write one personal statement based on a set of prompts within the application and have the choice to answer optional supplementary essay questions. George Washington University is classified as one of the US’s most competitive and highly selective institutions. It was one of the first schools in the nation to no longer require that its applicants sit for SAT and ACT examinations, an initiative to help boost enrollment for disadvantaged students. The university accepts applications from all 50 states and over 120 countries worldwide. In the fall of 2016, it enrolled over 27,000 students with 11,244 undergraduates, 15,486 postgraduates, and 429 professional students. Not only that, the school maintained a fixed undergraduate tuition fee across ten semesters.

It has three main locations, one main campus and two satellite campuses located in the D.C. area. The main campus spans about 43 acres in Foggy Bottom and is home to George Washington’s main library, Gelman Library, and the main space for most of the school’s academic activities. It is also home to historical buildings and is neighbors with the White House, several embassies, and NASA, to mention a few. The other two campuses are Mount Vernon and Virginia, with the former serving as a complement campus and the latter as the hub of research activities.

The school has received many accolades for its notable political activities, college newspapers, best study programs, and facilities. Also, the school’s study programs earned it a number 1 spot amongst top universities for student internships and 66th and 258th amongst Best universities nationally and globally.

The George Washington University housing system requires first- to third-year students to live on campus. The school offers a variety of residence hall designs, from dormitories to apartment styles. Most residence halls are located on the Foggy Bottom campus, with a few on the Mount Vernon campus. Graduate and professional students are given the liberty of living in any school’s apartments both on and off-campus.

George Washington University is home to several historic sceneries, including some of the oldest colleges and schools in the state. The students are offered a variety of student organizations, including Greek communities that constitute 3% of the student population. The school actively participates in the NCAA Division 1 across various varsity sports as a member of the Atlantic 10 conference, represented by the school’s athletic team, the Washington Colonials. 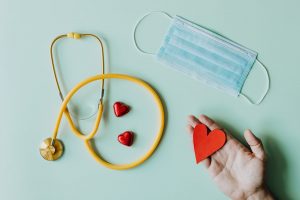 George Washington University’s merit scholarships are awarded to eligible undergraduate students at the time of admission.

George Washington University, also known as GWU or G.W., is located in the nation’s capital, Washington, D.C., and is the largest higher education institution in the District of Columbia (D.C.). Due to its high research activities, it is a privately chartered federal research university with an R1 Doctorate University status. It is also considered the largest higher education institute in the capital of the US. The school was not always called George Washington University; in its existence, it has been renamed on three occasions. The idea for the school was first birthed in 1790 by the first president of the United States, George Washington. The president wished for a national university in the nation’s capital and started to advocate for establishing the university from 1790 until his death. He even bequeathed some company shares to establish the school, but the shares could not be used because of financial troubles, resulting in the claims losing their value.

However, on 9th February 1821, a school was established by the approval of a Congregational Charter bearing the Columbian College after funds were raised independently. The funds were used to purchase a site in Washington D.C. and construct a large building on Church Hill, now known as the Meridian Hall. The school was established as a non-denominational institute to educate citizens of the young nation. The school received its first class of students in 1824, and many important dignitaries were in attendance. During the Civil War, the school’s buildings were used as barracks and a military hospital, and many of its students joined the Confederacy. In 1873, after the war, the school was renamed the Columbian University and relocated to its new site in an urban downtown location.

In 1904, the school was renamed George Washington University to honor the first American president. The University has experienced massive development ever since. The school now comprises three integrated campuses—namely,  Foggy Bottom, Mount Vernon, and Virginia Campuses—and is home to some of the oldest colleges in the Nation of programs for undergraduates, graduates, and professional students.