Why It’s OK to Enter College with an Undecided Major 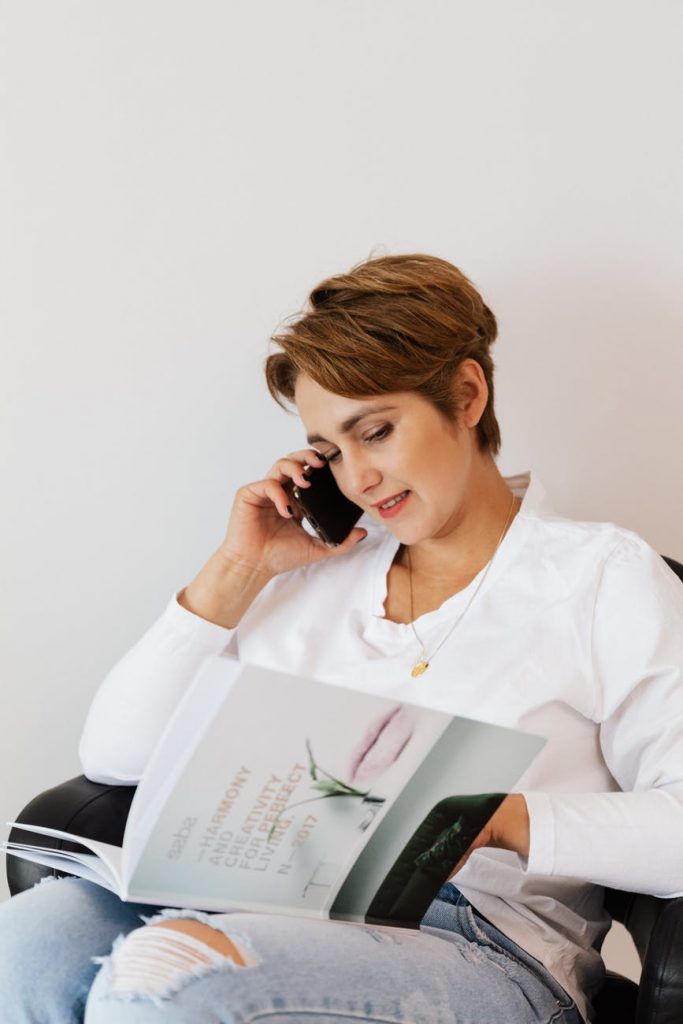 Picking a major is a confusing decision for any student to make. Students get even more confused when we have no idea what we want to do. I, like many students, fell into that category. But it’s actually okay to enter college with an undecided major!

I earned straight-A’s throughout high school, with decent ability in all the major subjects: math, science, english and history. I thought that what I was good at must be what I liked. But that didn’t really narrow down my options. My parents (as well as media, society, etc.) had instilled the idea in me that if I could do it, choosing a STEM major was the best option. It felt that if I had the ability to do well in a STEM subject, it was crazy not to pursue it. But towards the end of high school and the beginning of my college career, I didn’t really know what was next. I didn’t know:

I was under the impression that my only options were engineering, mathematics, or some sort of science like chemistry, biology, or physics. So I attended an Engineering summer program at Purdue University at the end of my Junior year. There, I quickly realized that while the problem solving aspect engineering was interesting to me, there were other important obstacles. Physics, and the extreme precision, rule-following, and drudgery that consumed so much of the process, were unbearable to me. It could not be the majority of my work in the future for the sake of my mental health.

This experience made me realize that maybe I wasn’t as passionate for science and engineering as I thought I was… In addition, I saw that I should consider that I didn’t know all of my options. I mean, you only study a narrow range of subjects in high school. Now I was back to the drawing board with an undecided major.

I entered college as an undecided major because, well, I was truly undecided. I still had an idea that I would be doing some sort of STEM related major, but I was open to suggestions. In my first year of college, I met all sorts of students through Greek life, classes, and the living-learning community. My best friends were art majors, psychology majors, business majors and more. All of these people were extremely smart (we all got into the University of Michigan, so that says something), but they weren’t all engineers or chemists. Being surrounded by these intelligent and open minded individuals helped me look beyond my limited knowledge of my options. I really considered what I wanted to do and what I could excel at.

So I took classes that interested me, joined a bunch of different clubs, talked to people around me about what they were involved in, racking up as many experiences as I could to figure out what stuck and what didn’t. At the same time, I did some introspection, utilizing the career center, and reflected on each of my experiences to come to some general realizations:

I was a quick learner, and could think both analytically and creatively

I had some artistic abilities

Some other things I noticed were…

Knowing these things about myself, I went around my university and looked at what opportunities were out there. First, I held informational meetings with people in the organizational studies major, the economics major, the computer science major, information studies major, and more. I kept my options open, really considering what it would be like to go down this or that path. I found myself drawn to the smaller major programs. For example, I liked information studies and organizational studies. I liked that they had all sorts of opportunities and special attention to its students, giving them resources to curate their education however they wanted, and were a smaller, tight-knit community. This was something that I didn’t necessarily find in the bigger economics or computer science majors.

All around campus I had seen these posters for a relatively new major: Information Studies. It was in its own school: the School of Information. That school had previously only been open to graduate students. Nonetheless, as of 5 years ago, due to popular demand and the success of the grad program, they created an undergrad program. I had been hearing about Information studies all over campus. I met a girl in my sorority who was a student in the school, and seemed to be doing all sorts of interesting projects and studying really relevant and interesting information. Another kid in my class said he was applying because it was going to give him the skills he actually needed in the workforce.

I ended up applying to the School of Information as an Information Studies major, and earned acceptance. Something about the school and the program stood out to me. Maybe because they didn’t expect you to have everything figured out. The major allowed me to pick a pathway (User Experience Design, Information Analysis, or Social Media) as I took classes. So I was actually trying out the things that might make up my career. I don’t know if I would have found the School of Information if I had locked myself into a major freshman year. The same goes if I had just listened to my parents and chosen the hardest STEM major I could find. It didn’t work for me to commit without thinking if I actually wanted to do that, or what that might realistically lead to.

I’m not saying that everyone should apply to school undecided, but if you really are undecided, you should probably give it some more thought! You don’t need to lock yourself on one path. There are probably other options out there that you don’t know about yet. And even more that you haven’t given yourself the chance to explore. An undecided major can be the clean slate you need.

I think the usual approach to picking a major is basic. You look at what you were good at in school, or what your favorite class was, and stick with that. But times are changing. There are kinds of jobs now that didn’t exist 20, or even 10, years ago. The job market changes so frequently, but major selection stays the same. That seems strange to me. Which is part of the reason I’m so excited to be a part of the Empowerly program. Not only is it an innovative, people-centered, “giving you skills you’ll actually use in the real world” program, it’s also a community of individuals that believe in these things too.