Top STEM Schools In The Southeast 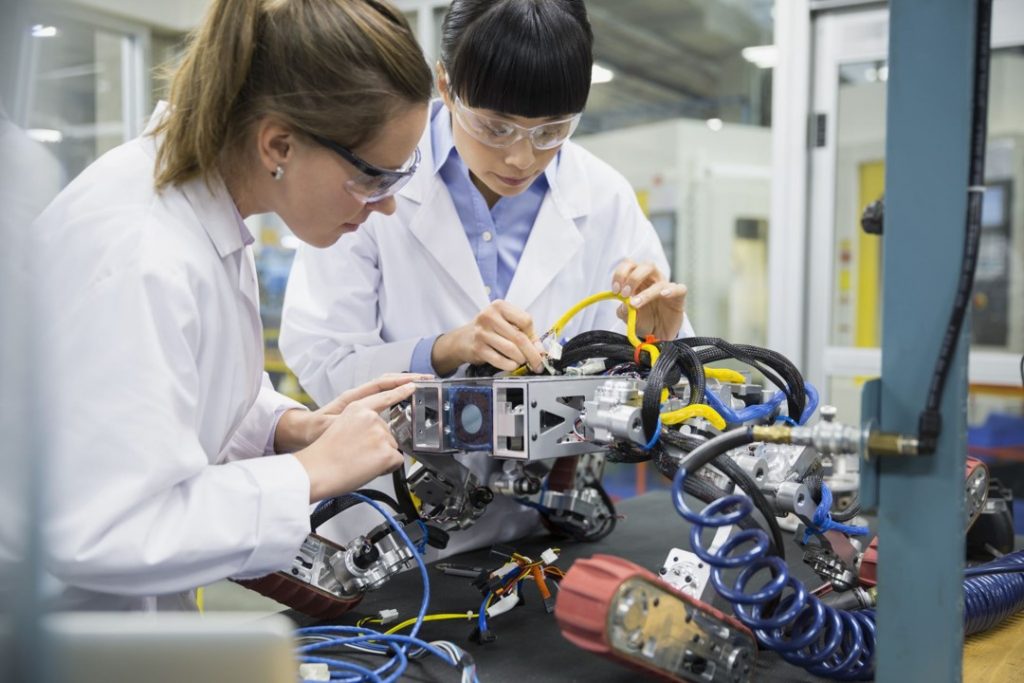 As far as college majors go, STEM majors are easily among the most prestigious. Not to mention, there are several lucrative career opportunities that make the STEM career field more appealing to young college students. Since the world has become very technology-based, more career opportunities are opening up for tech students worldwide. Therefore, many high school students and college aspirants are opting for STEM majors.

STEM is an acronym that stands for Science, Technology, Engineering, and Math, each of which have sub-disciplines within their programs. But because many schools offer these STEM programs, it becomes a bit challenging for students to choose an ideal STEM school. For this reason, high schools often organize college admission counseling to help educate their students on the college application process.

Unless you are familiar with the colleges around you, you may encounter certain difficulties in searching for a suitable institution for higher learning, especially if you are looking for colleges near you that offer degrees in your selected major. If you are looking for the best colleges for STEM programs in the southeast, here are some top picks for you. No matter what, it’s always a good idea to review your final list with a counselor to confirm your choices!

Duke University is one of the most respected universities in the entire United States. Hence, it is also known as one of the best in the southeastern region. The university is focused on educating young students to make a difference in society, and has built a reputation of excellence in academics since it was established in 1838. Duke University is a private research university founded in Trinity by Methodists and Quakers, but it is now located in Durham, North Carolina. The university is famous for many things, among which is its engineering college known as Pratt’s School of Engineering. The engineering college is ranked the 9th best college for engineering in the United States, and it inspires students in hands-on design, data science, research, computing, and entrepreneurship. Duke University is also considered one of the best universities for STEM majors in the southeast.

The University of North Carolina at Chapel Hill

As a flagship of the University of Carolina system, the University of Carolina in Chapel Hill has excelled to great heights in academic and practical studies. It is located in Chapel Hill, North Carolina, a system that is considered the oldest institution for higher learning in the United States. UNC is not an Ivy League university, but it is often mistaken for one because of its similarly excellent standards and storied history of offering quality academics. UNC-Chapel Hill takes pride in having one of the best southeast STEM programs in its system, and the UNC Department of engineering is ranked the 24th best in the United States.

Virginia Tech is a public land-grant research institute that pays loving attention to little detail while providing top-notch academic and non-academic education for its students. Established in 1872, Virginia Tech has campuses across the state and several other countries, with its main campus located in Blacksburg, Virginia. Virginia Tech is a technical institution, and it is well known for its outstanding STEM programs. It has been listed among the top southeast STEM universities on several platforms, and it is currently ranked the 33rd best college for engineering.

As part of the University System of Georgia, the Georgia Institute of Technology has made it to the spotlight of top southeast STEM schools and is currently rated among the top 100 universities worldwide. Georgia Tech is an institute of technology founded in 1885 in Atlanta, Georgia, and it has several satellite campuses in other countries. As an institute of technology, the university offers degrees in several outstanding engineering and science majors. It has graduated several famous tech engineers over the years. Its college of engineering is ranked the 17th best in the United States — making it one of the best STEM colleges in the southeastern region.

Formally known as Central University, Vanderbilt University was founded in 1873 as a private university located in Nashville, Tennessee. But the university was later renamed Vanderbilt University in 1877, in honor of Cornelius Vanderbilt, an American business magnate. VU is a prestigious university offering degrees in 70 majors, but it is best known as a STEM school because of the outstanding STEM programs available in its system. And its highly ranked engineering and technology programs undoubtedly include it among the best southeast STEM schools. There’s more than meets the eye in the world of high school academic competitions. Let’s learn about STEM... BS/MD Programs In The Southwest

If you want to earn a Bachelor of Science and a Doctor of Medicine degree simultaneously, there are numerous...