How to Deal with College Admissions Drama 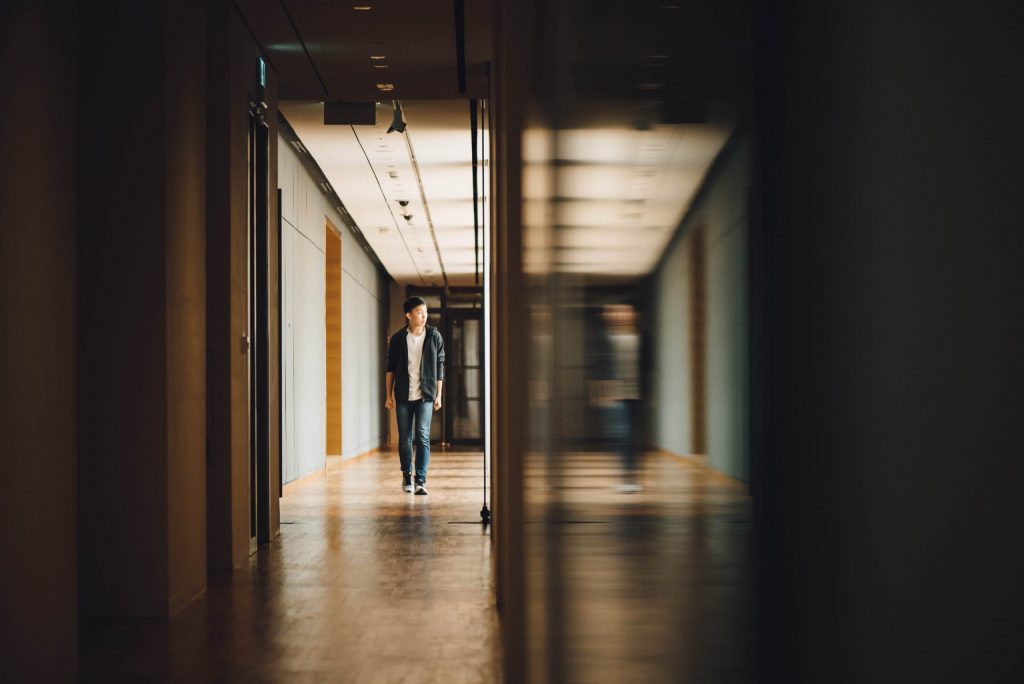 Senior year of high school. The pinnacle of your high school experience; the year of goodbyes; and the season of who applies to where, who gets in where, and who goes to where. A lot of things can happen your senior year of high school. This ranges from new relationships — good and bad — form and break off throughout the year as people say their final farewells, to doing the things they’ve always wanted to do, but never had the chance. It’s important to keep a level head. Especially around college admissions drama.

For me, my senior year of high school was fun. But to be honest, there’s a lot I don’t miss. Growing up in a relatively small town, I knew almost everyone in my year and a decent amount of people in few years above and below me. This, coupled with the fact that I went to a pretty competitive high school, meant that by senior year admissions was in full swing. Everyone knew where everyone was applying to, and some basic stats (aka chances of getting in). UPenn, Cornell, Duke, and more… it was incredible how fast information spread about where you were applying and the decision you received afterwards.

Whether you’re applying to college or going to college this coming fall, I can imagine many Empowerly students understand all the chaos and drama surrounding college admission season. Empowerly is here to help you navigate through the actual process. Still, the college admissions drama and competitiveness at your school during this time is up to you to handle. Hopefully, this blog post can offer a little insight about how you can remove yourself from all the craziness; after all, your college decision is about and for you.

And We Face Rejection

I was rejected from my top choice college. I used to struggle with saying it so straightforwardly, but after a full year at college, I’ve come to terms with this fact. As a whole, my college admissions results were not anything close to what I had hoped them to be.  As the rejections and waitlists kept coming, I kept asking myself: why wasn’t I good enough? I felt I had worked so hard, so honestly, for so long, and the world was simply not rewarding me as everyone said it would. I began to scorn other people for their success, colleges for being unfair, and just the whole world for being against me (dramatic, right?) This was where I started to feel college admissions drama in my life.

What Do I Do Next?

So, how did I deal with all of it? How did I bounce back? It was hard being surrounded by so much success while I felt I was the only one experiencing so much failure. It was hard, but after a year of reflection, I’ve realized one thing. In failure, you’re never alone. Sometimes, when you’re feeling so down, it’s hard to imagine others understanding how you feel. Don’t feel like you’re the sole failure in this world; there are a lot of people who have faced rejection and succeeded despite this. And as a recent high school graduate, trust me, you have so many opportunities to succeed and regain your confidence as a student when you enter college.

Deciding Where to Go

At the end of college decisions, everyone is asking who is going where. You may already have a set plan, but for many of you, you are probably deciding. Your peers, teachers, and families are most likely influencing you a lot. But, I want you to keep one thing in mind: you are the one who is spending the next four years of your life there. You are the one developing professionally and personally. Not any of the people who seem to know where you’ll be happiest.

Admittedly, these people definitely have the best intentions for you and many of them may have years of wisdom with them. Do listen to them. However, in my experience, I’ve heard too many stories of parents forcing their children to go somewhere they don’t want. (Hell, even I’ve experienced this). It’s hard at the time, but don’t ever forget that your desires, your dreams, and your interests are unique to only you. You will never be truly happy chasing someone else’s if you’re thinking of something in mind.

But, for argument’s sake let’s say you’ve committed to go to a college you’re not exactly looking forward to. Whether it’s because you forced yourself, your family forced you, you couldn’t afford where you wanted, or you didn’t get into the place you really wanted, there are a lot of people out there who don’t end up going where they originally think. It’s okay. To be honest, I think most of my friends were somewhat trapped into going to their current college. For those in this situation, I implore you to keep an open mind. If you enter a college thinking you won’t like it, odds are you won’t.

The summer before I entered college, I initially kept thinking I wouldn’t like where I was going. But, as time passed, my mind began opening up to the idea. I focused not on the circumstances leading up to my destiny, but what would happen as a result of it: all the people I would meet, the freedom I would experience, and overall all the learning and growing that would happen to me. This applies to most new experiences in life.

A positive outlook can really make a whole difference, even if you have to force it a bit at first. Additionally, keep in mind that some people take months, even years to fully adjust to college life – don’t be distraught because your first few months at college are not what the movies and Instagram pictures make it out to be.

Alternatively, if you truly believe you are unhappy at your new school, don’t just sit and complain. Take action. Hundreds of students across the country transfer schools, and you should never be ashamed of your happiness.

The college decision season can be emotional, in both good and bad ways. But, the way I see it (and everything else in life), you can spend time and be unhappy thinking about what bad things could happen (emphasis on could, because you don’t even know if they’re going to happen). Or, you could remember that there is just as much chance for bad things to happen as there is for good things to happen. Either way, what happens in the future is almost completely out of your control. You don’t know what things, situations or people will change your life until then! So, what is the only thing in your power now? Focusing on the you now, wanting to be happy now, and doing everything in your power to explore all the doors that opened while the other one closed. It's easy to feel exhausted by the college admissions process, but there are practical steps you can take to... Although avoiding stress is almost impossible, adjusting to how you manage that stress is completely within...