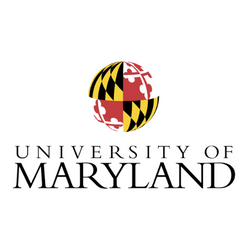 Applicants applying to the University of Maryland, College Park will apply through the Common Application or the Coalition Application. Applicants will be required to write one personal statement based on a set of prompts within the application and will also respond to additional university-specific supplemental questions. University of Maryland, College Park features red-brick Georgian buildings and various agricultural scenes, including the Mckeldin Mall, the largest academic mall in the nation. The school’s campus has a suburban setting spanning over 1,340 acres and is used for arboretum tours. It also has about 400 acres of urban forest on campus.

UMD has 12,637 students and is classified as a more selective institute. The school is among over 130 top public and private universities that use the application provided by the Coalition for Access, Affordability, and Success to streamline application processes. The school is ranked 58th amongst the National Universities, 19th amongst public universities in the U.S, and 43rd amongst world universities. UMD invests in research, and it has acquired 150 acres of land, intending to be the largest research park institute in Washington D.C. The school has a very high research activity and is rated an R1 Doctoral University.

The University of Maryland offers varieties of housing with different styles, and the Department of Residential Life oversees the housing system. The school has a housing system comprising two residential areas: the North and South campus.  These campuses share seven residential communities comprising residential halls of Georgian, apartment, and garden styles. Most students live on-campus, but there are also residential reservations off-campus for students to enjoy.

The University of Maryland provides students with a living-learning environment with facilities, research centers, recreational centers, and business centers. UMD also has various organizations ranging from media, research, clubs, and societies to sports teams. The Terrapins, the school’s athletic team, competes in the NCAA Division 1 under the Big Ten Conference in various varsity sports. The team has won 44 national championships and has the best athletic facilities in the state. 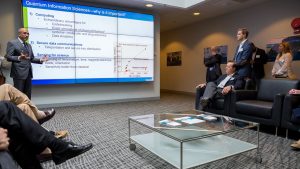 The University of Maryland (UMD) College Park was founded in 1856 as the flagship institution of the university system of Maryland. The school is a member of the Association of American Universities and is the largest university in the United States. It is a public land-grant research university, but it is also considered a “Public Ivy” as it demands a quality of education comparable to other public Ivy League schools. The school has a suburban campus located in College Park, Maryland, and has academic affiliations with AAU, CUWMA, Fields institute, ORAU, SURA, UZY, Sea URA, and Space-grant.

On 6th March 1856, a school was chartered in Maryland as the Maryland Agricultural College (MAC). The school, unfortunately, did not have a site set aside at the time it was chartered. Still, in 1858, Charles Benedict Calvert purchased 420 acres in the Riversdale mansion’s estate near College Park for MAC’s building project to begin. The college eventually commenced with 34 students on 5th October 1859 and became a land-grant college in 1864. Like most other institutes in the States, the school faced financial problems during the Civil War, problems that forced the school to sell 200 acres of its land and eventually close down during this period. After the Civil War, the school reopened in October 1867 with 11 students. The opening was followed by a move to re-establish a system of strict economy in the school’s business transactions. This move led to a rise in the school’s standards, which resulted in an increase in enrollment, the establishment of the college as an Agricultural Experiment Station, and the construction of the Morrill Hall.